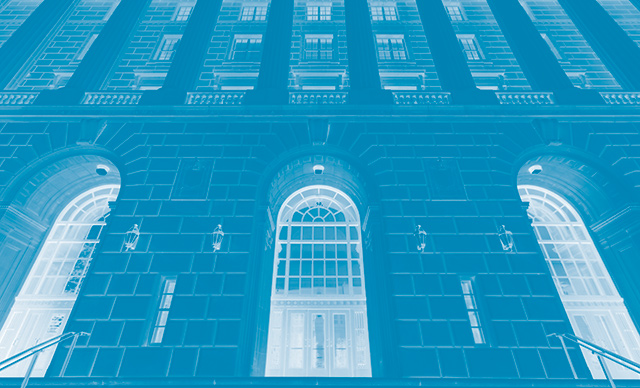 The launch of tax filing season this week comes as taxpayers are already feeling frustration and even desperation with the IRS over unprocessed returns from the previous year and unanswered correspondence, said on Tuesday representatives of a broad coalition of organizations, including the AICPA.

More than a dozen representatives from the coalition, Tax Professionals United for Taxpayer Relief, explained to reporters via Zoom how the tribulations of their members mirror those of their tax clients. They agreed that the current tax preparation season may well be plagued with administrative problems further compounding the difficulties for taxpayers.

The news conference follows the coalition’s Jan. 14 letter to IRS Commissioner Charles Rettig and members of Congress asking for specific relief measures (see previous coverage). The coalition includes 12 professional organizations, businesses and other stakeholders in addition to the AICPA, representing a highly diverse cross-section of tax professionals and millions of individuals and entities, including Latino and Black taxpayers, small businesses and low-income taxpayers.

The group recommends that the IRS:

Regarding the reasonable cause penalty waiver recommendation, Ben Deneka, program manager for agency and industry relations at H&R Block, agreed that reasonable cause is generally a consideration of facts and circumstances, but said an overriding circumstance should be considered.

“This definition of ‘reasonable cause’ may need to be revisited by the IRS to determine what exactly is reasonable in today’s environment, as opposed to three years ago,” Deneka said.

Another panelist, Roger Harris, president and chief operating officer of Padgett Business Services, agreed that the COVID-19 pandemic has often created events beyond the control of taxpayers.

“There are so many situations during this pandemic where reasonable cause is almost a given,” Harris said.

Going forward, confusion may well ensue over the processing of 2021 Child Advance Tax Credit returns, said Larry Gray, CPA, government relations liaison with NATP. A portion of 50 million Letters 6419, Total Child Tax Credit Advance Payments for 2021, which report to taxpayers the total amount of child tax credit advance payments they received during the year, were sent on December 14, one day before the final payment was issued, and can therefore underreport the true total, Gray said. Some may contain other errors, especially when parents alternate childcare arrangements from year to year. Resulting errors on returns will delay the processing of returns.

“We are creating a bigger backlog this season, and who is responsible for that?” Gray asked.

Other participants spoke of clients who had been negatively affected by an existing IRS backlog which, as of the end of December, included 6 million original individual returns; 2.3 million modified declarations; 1.1 million 941 forms, Employer’s Quarterly Federal Income Tax Return (as of January 19); and 5 million pieces of taxpayer correspondence.

The story of one such client was told by Nina Tross, Executive Director of NSTP. The client had an Offer in Compromise (OIC) with the IRS, but the Service failed to process one of the client’s payments, resulting in the “rejection of the ICO”. Then, because the IRS believed there had been no communication from this taxpayer, it initiated proceedings to have her passport revoked by Sec. 7345. The tax specialist then had to work to restore the OCI and lift the revocation of the passport.

“And all of this without really having a single point of contact,” Tross said.

A “perfect storm” of such dislocations is plaguing black, brown, Asian and other minority communities across the country, said Jina Etienne, CPA, CGMA, chair of the NSBCPA board of directors. Low-income taxpayers are more likely to be gig workers and independent contractors and therefore have more complex returns. Many are unbanked and therefore cannot use direct deposit, and many prepare their own returns and do not have access to e-filing, she noted.

The four measures recommended by the coalition are necessary for these reasons, Etienne said, and because existing relief provisions are inherently complex and require assistance and support that may also be beyond the reach of these taxpayers.

Each member of the coalition has separately approached the IRS to seek relief, said Melanie Lauridsen, AICPA Senior Director – Tax Policy & Advocacy. So far, however, the IRS has not responded to the recommendations. Lauridsen said she understands the IRS’ argument that it doesn’t want habitual abusers of the tax system messing with the system.

“But right now, given the circumstances of the pandemic, if there was ever a time for taxpayer relief, this is it,” Lauridsen said.

And while, as she said, the IRS has backed it up, most penalties are low, “it’s the inability to communicate with the IRS” that plagues taxpayers, she said. declared. “And that’s creating a sense of desperation among taxpayers.”

— To comment on this article or suggest an idea for another article, contact Paul Bonner at [email protected].