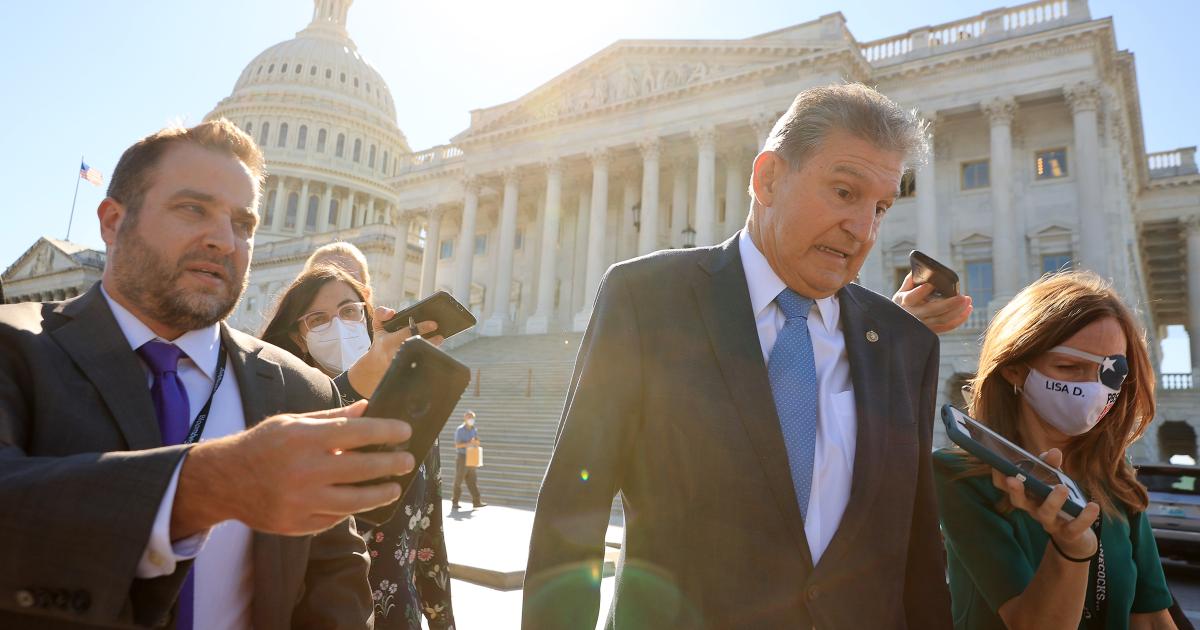 For years, the idea of ​​a carbon tax was a failure for Americans on both sides. And for good reason: while it would bring in a pretty penny for a federal government addicted to spending, a carbon tax would weigh on American consumers and businesses, without any environmental benefit.

Given that nearly 80% of Americans’ energy needs for heat, electricity and transportation are met by energy resources that would be taxed, it is not difficult to see the exorbitant costs of such a policy.

Now some members of Congress are considering such a tax on imported foreign goods, hoping it’s not as politically “deadly.” Known as carbon tariffs or carbon border adjustments, the policy is getting quite a bit of press, with a handful of Republicans having the idea.

While this would include all or nearly all products that have entered U.S. markets, policies tend to focus on energy-intensive products like steel, aluminum, cement, and chemicals or products mass consumption such as cars.

On the face of it, this is protectionism that would easily invite retaliation from trading partners and a tacit recognition that regulating US companies makes them less competitive. So proponents have looked for ways to show that a carbon border adjustment does not treat imported goods unfairly.

This requires “creative” accounting, to say the least, since Congress has repeatedly rejected national carbon tax schemes. Ideas range from exempting countries whose industries have “emissions profiles” similar to those of the United States to attempting to evoke an implicit price on national carbon dioxide emissions from the variety of local, state and federal climate policies.

This is often the problem with national carbon taxes and their international counterparts, carbon prices – although they seem simple in theory, the reality is a bureaucratic maze.

For example, consider how often steel crosses borders to become a product consumers will buy, whether it’s a bolt, an automobile, or an I-beam for a bridge. Complexity is no friend of transparency, and the chances of vested interests seeking exclusions and exemptions are high, in addition to the bureaucracy required for compliance, auditing and litigation.

This is to say nothing of the negative impacts that a carbon tariff would have on American businesses and their customers.

Proponents argue that taxing imports for their greenhouse gas emissions will make American businesses more competitive. It’s clever logic. Consider this: imagine a race between me and five-time Olympian Allyson Felix. While I can contribute some entertainment value, I don’t stand a chance. If I were to tie his shoelaces together, I still wouldn’t be the fastest sprinter – I just hampered the competition.

Similarly, carbon pricing does not make “green” products cheaper or more efficient – ​​they only increase the costs of conventional, more affordable competitors by adding a tax.

Of course, if “greener” products offer better value, customers don’t need help from bureaucrats to figure that out. Being able to source components from the most competitive companies in the world allows companies to provide their customers with the best and most affordable service.

Some also believe that a carbon price will force countries like China to finally take climate policy seriously. However, and especially in the light of the current situation energy price crisiscountries and companies are showing every day that they are more interested in affordable energy and products than in paying a green premium.

This is true if considering China interest by buying Russian oil, the decision of warlike Germany of the climate of hold the coalor the choices of sole proprietorships look for keep costs low for customers in the face of soaring inflation. Actions speak louder than political climate aspirations.

Perhaps the fundamental question is whether this is good environmental policy. But just like a national carbon tax, the environmental benefits of a carbon price are without consequence, never mind what we think of global warming and the bottom (or lack whose) carbon dioxide mitigation.

The idea of ​​a carbon price has resurfaced lately with the intention, as declared by Sen. Joe Manchin, DW.Va., to “bring everyone together on ideas…about how we can all work together.” It’s hard to see how a border carbon dioxide tax is one of those ideas aimed at helping Americans for productive purposes.

However, where the Venn diagram overlaps a lot is regulatory reform – another topic that is said to be on the table.

If the tastes of Ezra Klein and the Heritage Foundation, conventional energy businesses, and renewable energy companies all agree that it’s too hard to build things in the US, surely Congress can make it happen too and with much greater effect and much less twist.

Going into the details of regulatory reform might not sound as exciting to politicians as a revenue-generating carbon tariff, but it would actually touch on issues where the government itself is “tying the shoelaces” of US corporations trying to compete in a global race.

This piece originally appeared in The daily signal