Tips to avoid tax problems when working from home 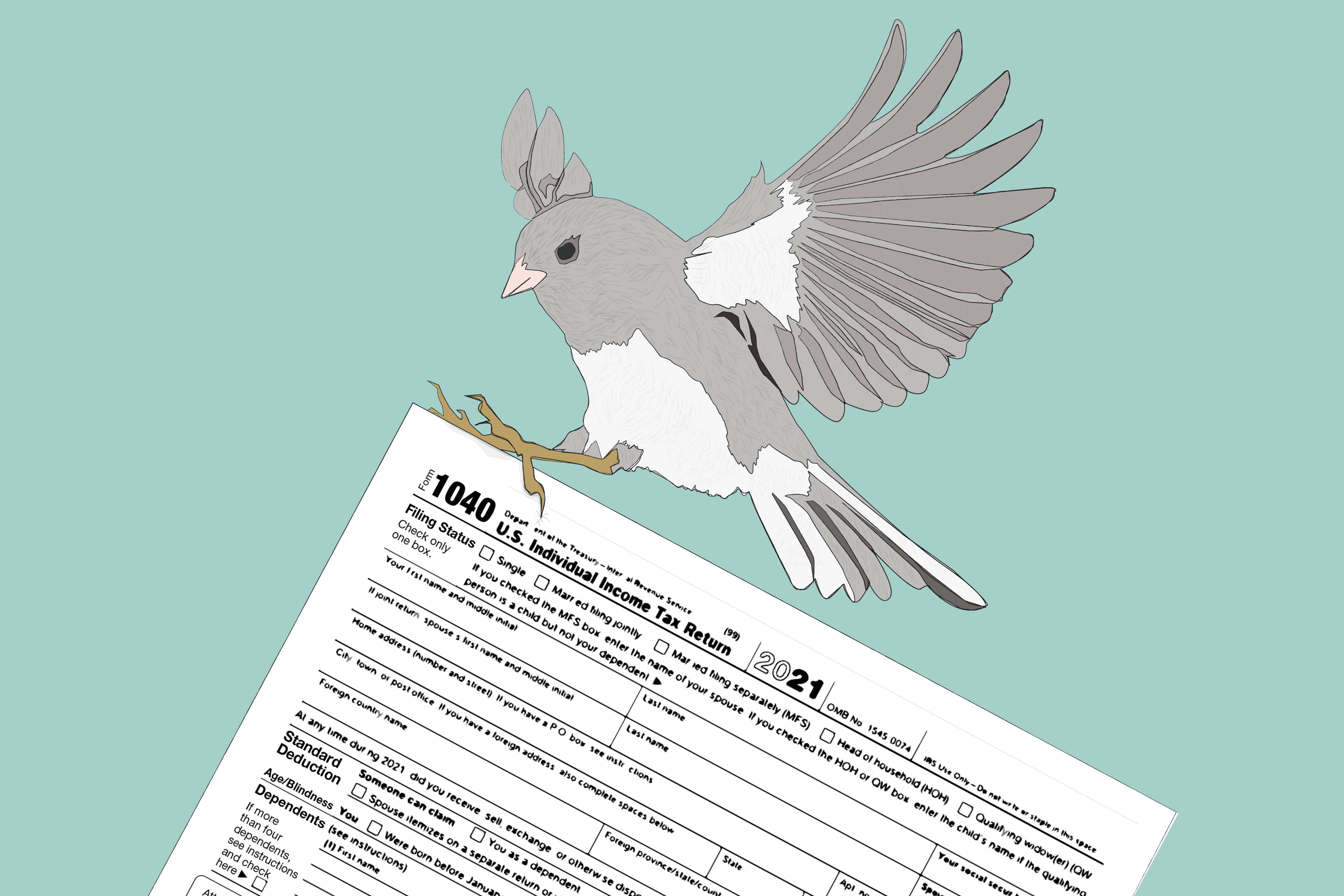 With return-to-office plans being repeatedly pushed back, remote working is likely to be common, if not ubiquitous, for the foreseeable future. This has created an unexpected migration – which portends impending tax headaches for people who don’t plan a strategy in advance.

While the “snowbird” lifestyle has generally been considered the preserve of older people, the shift to working from home for many knowledge workers means they can live in any place – or places – of their choice.

Real estate agents report that a growing number of young professionals are flocking to retirement havens like Florida to escape northern winters. Pre-retirees can also benefit from this trend, if the new flexibility allows them to test out possible retirement destinations earlier than planned. Meanwhile, some people are taking the digital nomad approach and avoiding a home base altogether.

For people who are still in the workforce while residing in two (or more) states, there are significant tax implications. Accountants and tax experts say careful planning can help mitigate unforeseen state tax liabilities. Here’s what you need to know.

How we got here (spoiler: online shopping)

The states’ tug of war for your taxes has been exacerbated by the pandemic, but the foundation was laid in 2018 with a landmark Supreme Court decision that CPAs call the “Wayfair decision.” According to the ruling, states can require e-commerce businesses that sell goods to residents to collect sales tax on those purchases, even if the business doesn’t have a physical location in the state.

“Suddenly your physical connection was as important as your economic connection,” says Robert Conzo, CEO of investment advisory firm The Wealth Alliance. “From a sales tax point of view, this has become a very important decision, [and] the states jumped on the bandwagon and said that, from an income tax perspective, we should look at this.

People might become social media stars with photogenic feeds that depict an itinerant lifestyle, but tax collectors have no use for “Not all who wander are lost” bumper stickers. In other words, you must choose a specific state to establish your legal residence, regardless of how many different states you reside in during the year.

“It is an extremely complex problem. It was hard enough dealing with a change of residence when people were retiring,” says Joe Roberts, CPA and head of wealth advisory services at Rockefeller Capital Management.

Generally, the “183-day rule” is the starting point for determining where someone switching between homes in different states should pay income taxes. If you spent more than half of the year in one state, the reasoning went, that was the state where you had to claim residency and to which you had to pay taxes.

Keep an eye on your calendar: Roberts says he sometimes needs to alert clients about how many days a year they live in a particular state. “You can become a legal resident of a state if you stay there longer than six months,” he says, even if you don’t intend to. (Millennials: This is why your grandparents spent six months and a day in Florida, tax-free.)

In recent years, state tax departments have cracked down on the loopholes people use to claim residency in a low-tax state, refining the criteria for what it means to be a “resident” beyond that threshold. of time spent.

These alternative measures are particularly relevant now that there is a growing number of young professionals who are abandoning the idea of ​​”Home, Sweet Home” entirely, renting Airbnbs for a few months in the blink of an eye and never reaching the point. 183 day changeover in person. State.

There is no definitive criterion for determining residency in these cases, so auditors look at a handful of factors, such as where people register their vehicles, banks, vote, go to school and adore. Someone with a studio in Florida and a 3,000 square foot house in New York would have a hard time claiming Florida as their “real” home.

Tim Steffen, director of tax planning at Baird, calls it the “teddy bear” test: Typically, auditors will say that the state where you keep your most valuable assets is your state of residence. For example, Steffen says, “Where are your family photos or your artwork? Or your pets?

Ads by Money. We may be compensated if you click on this ad.A d

Tax preparation software companies like TurboTax will help you improve your earning potential.

Don’t forget the other states where you earned income

Regardless of your residency, you will have to pay taxes in any state where you work. Professional athletes, for example, owe taxes to the states where the games are played – even if they go from the plane to the bus to the stadium and back again.

More relatably, most people who cross state lines have always had to file tax returns in both the state where they live and the state where they work — a resident’s statement and a declaration of non-resident. Some states have reciprocal agreements with neighboring states so employees can avoid some hassle.

TaxSlayer has a list of states with reciprocal agreements, as well as links to the forms you need. It’s worth noting that these agreements have historically been made between neighboring states – so if you’re one of the many people who now divide your time between states far apart, you can expect to have to file resident state returns. and not resident. .

Also, not all states extend reciprocity to neighboring states. For example, many workers cross state lines to get to jobs in Massachusetts or New York, but these states do not have reciprocal agreements with other states. People are required to file two separate tax returns if, for example, they live in New Jersey and work in Manhattan.

However, this does not mean that residents pay double tax. If you need to file in two (or more) states, you can claim a credit for the taxes you paid to the state or states where you work, but not live on return for the state in which you reside.

What if you live and work in one state, but your employer is based in another?

Working from home is where things can get really tricky and where COVID-19 has added an extra layer of complication – not to mention legal challenges.

“The general rule is that the income is taxable in the state where you provide the services,” Steffen says. “If you work from home, you will be taxed in your home state, unless the state you were working in wants to get aggressive with you.”

A particularly publicized fight took place between Massachusetts and New Hampshire. (New Hampshire is one of nine states that charge no income tax.)

Shortly after the pandemic triggered an abrupt transition to remote working, Massachusetts passed an emergency ordinance declaring it could collect tax on income earned by New Hampshire residents between March 2020 and June 2021 if they previously traveled to Massachusetts. In its argument, Massachusetts referenced the example of Wayfair to support its claim.

New Hampshire declared the order unconstitutional and sued, only to be struck down by the Supreme Court in June 2021, which declined to hear the case. The result: New Hampshire residents who worked in Massachusetts had to pay that state’s 5% income tax, even if they worked from home during the pandemic.

As the economy returns to something resembling normality, remote workers will want to keep new developments on their radar. Unfortunately for people with more than one “home base,” some of the interstate skirmishes over this issue still take place in court.

“We live in a world where there’s a little less advice than we probably expected,” Roberts says.

Many tax preparation software can handle multiple returns, but if your situation is particularly tricky, consider hiring a professional. Familiarize yourself with the specifics set forth by the tax departments of your respective states. Some states have been known to be quite aggressive when conducting an audit, going so far as to require cell phone records so they can see where the towers that regularly connect a person’s calls are.

“This stuff is incredibly state-specific,” Conzo says. “You need a tax professional who knows the different states.”

Every day, we publish the latest news, stories and content on the financial topics that matter. This is your daily guide to all things personal finance.

You will now receive Money’s Daily Money newsletter at

Respond anytime to let us know how we can improve. Enjoy!

Make sure we land in your inbox, not your spam folder. We just sent you a welcome email. Sometimes email clients send our first email to spam or promotions folder. If you don’t see us in your inbox, check these folders, then drag and drop the welcome email into your inbox.

For these millennial owners, the vacation home is the new starting home

How the Snowbirds can avoid a tax bill blizzard

What are the real chances of your taxes being audited by the IRS this year?